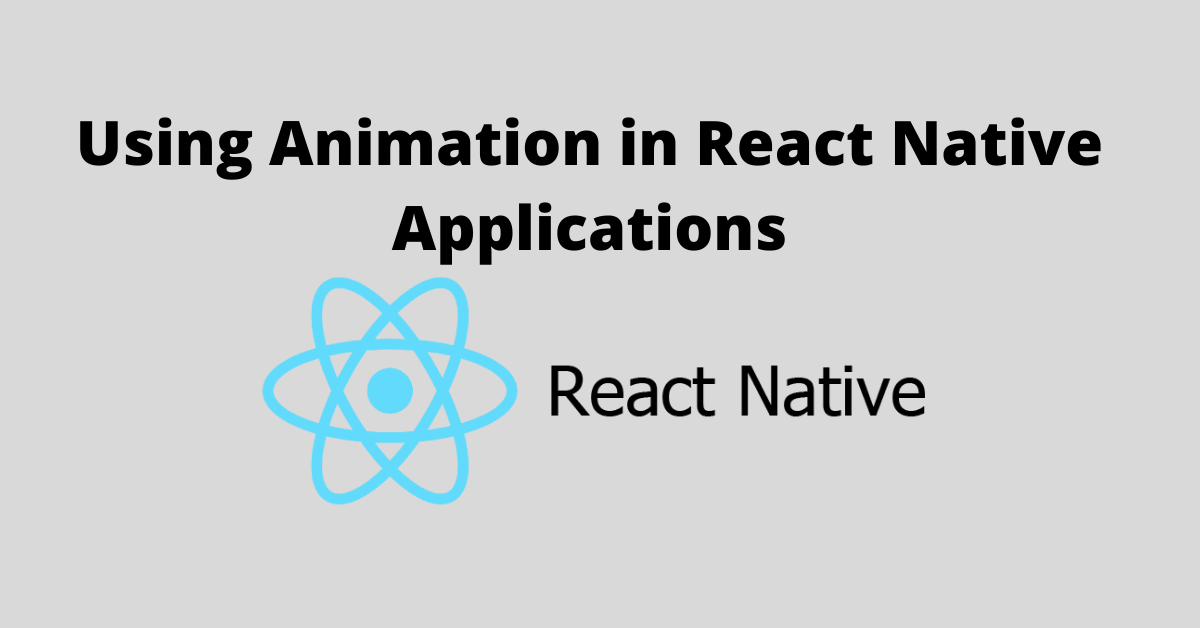 Animations in an application are used to make the user interactions colorful and engaging and also to make the product different from the once that are already in the market or so to speak to make the application unique and attention grabbing.

Animations that are displayed when we are taking the user from one page to another in the application the animations used to it are called transition animations.

These transitions animations are working as a notifier to the user that the task has been changed.

These animations are not triggered by the user but the events that are being done.

Mainly used to give an aesthetic view and help it to differ from the applications that are in the market in the same category.

React native uses an API to deal with animations called the Animated API, Animatable components in React Native include the follows

READ  Cloud Computing and its influence in modern technology

Or we can create our own animations using

If we set animations in a series manner and stop or interrupt an animation in between, then all the rest of the animations will stop.

To overcome this we can use Animate.paralled and put false to the stopTogether option.

Ways we can add animations to a React Native application

React Native navigation by default make the page transition like the native products but if we use it in one place, we are forced to use it everywhere

Even for iOS with side menus and split views

Defining all the screens in our application as constants help with push and pop operations in navigation.

React native navigation is ok for page transitions without effort but some transitions are a little bit complicated than that.

The most common example for a complicated animation could be items transitioning while keeping some of the elements on the display.

We can use React native navigations for this also but it takes too much time to implement it the we could do the other pages with fluid transitions with that time.

Fluid transitions has the ability to frees certain elements during a transition of two views.

Pose is similar to a state it defined by the internal state of an element which vary overtime.

Poses have properties in the most common cases like scale, position, color

All the tools are good but they are also with limitations for specific animations that are yet to be created and if we are in need of such, we can always hand craft animations using native. And also over using animation leads to memory drain resulting slow apps.